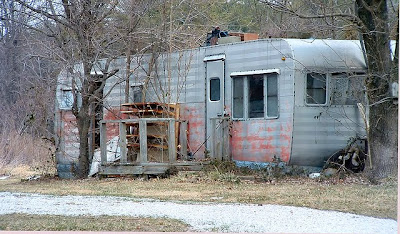 When he was just two months old, his mother, a prostitute, took off all his clothes, laid him in his crib, and walked through her mobile home, opening each window wide enough for the bitter wind to enter. Then she shut the door behind her, leaving her child to freeze to death.
If his aunt hadn't heard his screaming, the cold would have surely killed him.

This is only the beginning of Dwayne's story.
His grandparents took him in, but verbally and mentally abused him.
While he was still just a child, his uncle would take him on overnight fishing trips where he'd make Dwayne drink beer until he passed out. When Dwayne woke up, he'd find himself naked in the back of the truck, under a blanket.

When he was just thirteen, Dwayne met a girl who changed his life. She loved him and he loved her. They married later and had a baby, a home, a van, and each other. They had fifteen good years, but then she got sick. She was diagnosed with ovarian cancer and died at the age of 35.

The pain was too much to bear, and Dwayne turned to prostitutes for comfort and to drugs. He lost his child, his place, his van.
He was homeless and a drug addict, living in shelters and under bridges, wrapping a towel around his head at night so that the bugs didn't crawl in his ears.
He went to rehab several times, but it never lasted, and one day he decided to end it all. To walk into oncoming traffic and put a stop to the pain.

The light turned green. He waited a moment and then lunged forward, but felt something grip his shoulder so hard that he turned around, expecting, he said, to see a football player from the nearby campus.
It was a tiny old woman. "You don't want to go that way, son," she said, and turned him in a different direction, down Rutherford Street, toward Triune Mercy Center.

That was the beginning of his new life.
"Life is good, isn't it?" he said to the hundreds of us, the homeless and the comfortable, squeezed together in the pews of Triune. "I've got so much now. I'm clean and done with drugs. I've got an apartment with central air and heat, I got a fridge and a stove, I've got food to eat, and I've got God in my life now. And I don't have to sleep with a towel around my head no more. I really hate those bugs."

Life is good, indeed.
We'd come to Triune to listen to Kyle Matthews sing, to raise money for this church to the homeless, and to show support for its ministry. I hadn't expected to worship, to hear Dwayne's amazing story of transformation, or to reconsider my notion of what church is supposed to be.

God, in the busyness of my days, help me take time to make connections with the people around me. Help us be church to each other, respecting the truth that we are all your children, vulnerable babes in an often painful world.

I hope you have a great day, y'all. Before you go, I'd love to hear what church means to you.
And be sure to give a listen to Kyle's song All of Us. The lyrics follow the video. The song tells quite a story.
Love, Becky

She's got a toddler and a baby, but she's just a child herself
She's desperate but she's too afraid to ask for help
As she wanders through our yard sale, we want to offer food
But we don't want to embarrass her, we don't want to intrude
Thinking, "How can we
Be what she needs?"

She needs friends to be like family
In the best and worst of times
A job, some education, and enough cash to get by
Women who will listen
Men that she can trust
There's still a chance she'll make it
But she's gonna need...

He longs to be the savior of people such as these
He wants to wipe out hunger, house the homeless, cure disease
He rides in on his white horse, he's noble and unbowed
Til his money, optimism, and his patience have run out
He thinks, "I should have known
I can't do this on my own...
{chorus}

She stands with all the others in a sea of caps and gowns
Cheers rise from the balcony when her name is called out
She says I'd like to give you all the gift that I have found
A church to be there for you when others let you down
‘Cause the day is gonna come
When you will be the one...

Who needs friends to be like family
In the best and worst of times
To celebrate your victories
Cry with you when you cry
A sea of faithful people
So that when the trouble comes
They surround you like a wave
That gently lifts you up...

By Kyle Matthews ~ Copyright © 2008 Catalytic Songs (BMI) All Rights Reserved.
Posted by Rebecca Ramsey at 10:00 AM
Email ThisBlogThis!Share to TwitterShare to FacebookShare to Pinterest
Labels: Carolina, Wonder of Faith, Wonder People, Wonders at Church, Wonders of Love, Wonders of the Least of These

Wow, I have no words. But I am so humbled by this mans story. Thank you for sharing. Clarice

What courage. What kindness.

You said it when you said, "be church to each other." I grew up learning that church is defined as a group of baptized believers but sometimes we get confused that it is a building or a weekly activity. "Churchers" can make such a difference in the lives of those we encounter Monday through Friday.

Thank you for the incredible testimony.

That was a hard story to even read. An amazing testimony. God can truly rescue anyone.

(I remember Kyle Matthews...he came to our campus ministry one year when I was in college - such a fabulous musician!)

Lovely post. We sometimes need a reminder of just how Blessed we really are.

Thanks for your comments, y'all. I wish you could have heard his whole talk. One thing he said that I forgot to include in the post was his statement that he had learned that people can lose everything they own, the people they love, their health--but they'll never lose God and God's love. It was a beautiful message that touched us all.

Wow! Bless his heart. What a great testimony. I pray the Lord blesses Dwayne outrageously! Thanks for sharing his story, Becky!

Wow.. I can't even imagine having such a beautiful attitude after so much difficulty and hurt. it's the best part of being human.

Thank you for sharing!

That is an incredibly powerful story -- so good that you were in the right place at the right to hear it and drink in the message. And then bless us with it as well!

How tragic Dwayne's life. Bless that little old lady for stopping him and helping him find a happy path to follow.

Wow, this is so beautiful - thank you for taking the time to share such an amazing story of God's love.

Becky, you run into some of the most incredible people! God is really giving you a glimpse of his kingdom here on earth. And then you share it with us. Beautiful! I'm still thinking about those bugs...man. That was a rough life. Glad he's found love and peace!

It AMAZES me the things that people can overcome. The triumph of the human spirit. Wow.
Thank you for sharing that story.

Well phooey. You were so nice to stop by and I'm not here anymore. Sorry!
Feel free to come visit at my new blogging home, www.beckyramsey.info.
I hope to see you there!

Rebecca Ramsey
I'm happy to be the Minister to Children at First Baptist Church, Greenville, South Carolina. I'm also an author, a teacher, a mom, and Chief Wrangler of Tanner the Slobber Dog and Libby the Murderous Cat. I search my crazy life for God's fingerprints, and then I write about them. I also drink coffee, fight piles of dirty laundry, and dream of French pastries. 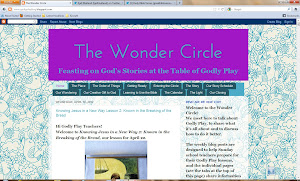 So quiet and well behaved!

I so enjoyed the interview over at your place! Hugs and Kisses to you!

Wonders in Your Mailbox!

My Young-uns In Our French Life 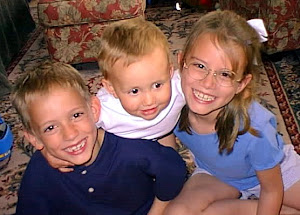 In a blink, here they are 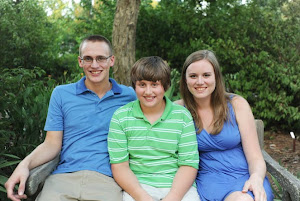 Want to share the soul food? Here, take a button!

My most favorite quote in the whole wide world

Listen to your life. See it for the fathomless mystery that it is. In the boredom and pain of it no less than in the excitement and gladness: touch, taste, smell your way to the holy and hidden heart of it because in the last analysis all moments are key moments, and life itself is grace."
Frederick Buechner

A Psalm For You From Edwina Gately

From Psalms of a Lay Woman, by Edwina Gately

"Open your hearts to the love God instills...God loves you tenderly. What He gives you is not to be kept under lock and key, but to be shared."